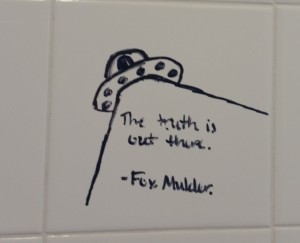 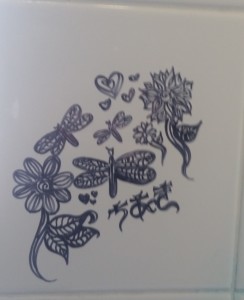 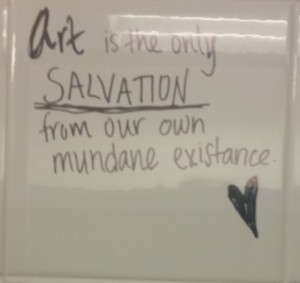 Starting in the beginning of the year, graffiti started to slowly approach in the stalls of the girls’ restroom–on all floors, but more prominently on the second and third floors. It started off with inspirational quotes that resonated with people for the rest of their day. Since September, however, the graffiti dramatically increased and changed in nature. Instead of just inspirational messages, new subjects have appeared, such as art work, or random thoughts. From there, the wall art became gradually more inappropriate and obscene.

Art teacher Ms. Hull had some strong feelings on the topic.

“It makes me angry that community members would treat the building that way,” she said.

As for the question of artistic expression, “Being an art teacher does not include breaking the law. It is against the law to deface public property. The writing on the wall was not an artistic statement or some awesome graffiti that someone spent a ton of time learning how to do. This was some junky handwriting about things that go better in a journal or poem.”

Does her opinion change when there’s a well-crafted work of art?

“Yes, of course it does. Art is art and deserves a place, but a bathroom in a public school is not a good space for any kind of artistic statement.”

Ms. Hull isn’t the only member of the SLA community with an opinion about the rapid growth of graffiti in the stalls.

“People who participate in that are dirty and they don’t respect our environment,” said Sophomore Nadia Green. “This is our home and it doesn’t matter how artistic something is, it shouldn’t be on the bathroom walls. If you want to put something up, use sticky notes.”

“A lot of the quotes are funny and inspiring. I think it’s interesting when there’s extra commentary on a picture; it’s like a personal blog post that’s exclusive only to the SLA community.”

So, what’s the school policy about the graffiti? Although there is no specific rule against it, the practice goes against the guideline of “respect SLA as a place of learning.”

Ms. Hull feels that consequences are necessary for students who are caught defacing the walls. “Yes. There should be a punishment, one that fits the offense. This is not a suspension by any means,” she stated.

Other teachers feel some disrespect from the graffiti.

“If a student draws on my desk, they’re only in my classroom for an hour, but I’m there all day,” Ms. Pahomov said. “Same with the public spaces. Eventually students will graduate, but the staff will keep working here after you are all gone. I know students don’t think about it this way–but would I come to your house and draw on your walls and furniture?”

My take on it is: a lot of people do not feel as if their voice is heard. There’s no way of ignoring their quotes are pictures. It probably gives them a sense of permanency. But, on the other hand we have to respect our community and defacing property should not happen. 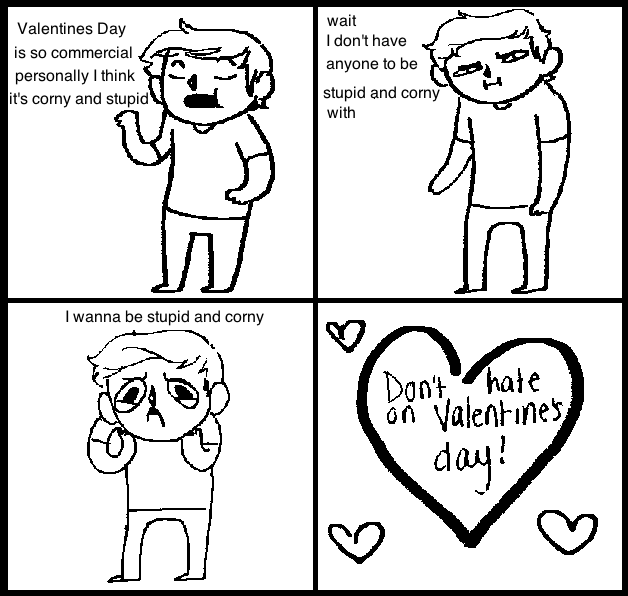