Wavves, the musical project of Nathan Williams, the lead vocalist, is one of the more interesting bands out there today. Having started off as a Lo-Fi indie punk band back in the late 2000’s, they quickly evolved as they picked up traction, and have adopted much more of a pop-punk feel. The quality of the sound has improved, with much tighter instrumentation, and a solid studio sound. However, the music seems to have flatlined.

The band’s most recent release, the album ‘V’, was generally well received. With solid, full songs. Though it may not be the band’s best work, it is well respected, and is far from the worst. However solid the songs are, though, it seems as though they’ve become flat, without rock and roll’s signature crescendo. Beginning at a midrange tempo, which carries through the entire song with minimal ups and downs. The album is exciting to listen to a few times, but as you listen to the songs more, they lose the initial rush. 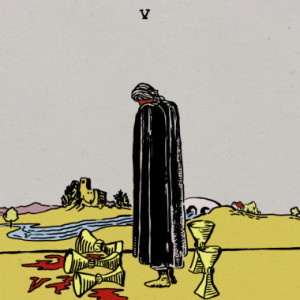 That doesn’t mean it is a bad album, however. In fact, I believe it is one of their better albums. Prior to the release, there was a bit of controversy as Nathan Williams uploaded a few of the songs early, without the record label, Warner Bros., permission. A small fight ensued, before Warner Bros. finally caved, and allowed Nathan to upload more music. The few tracks Nathan uploaded were very good, solid songs that successfully got listeners hyped for the album, and it became clear very quickly that, while different from the band’s original style, it was a great collection of the band’s work.
By the time the album was released, a good number of songs had been available for a fair amount of time. However, the rest of the album was surprising good, and purchasing the album is worth the money. ‘V’ is a good piece of work from a great band, and I look forward to their future projects.