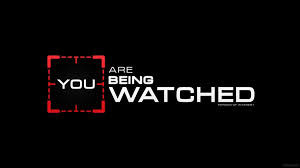 I’ve always tend to avoid watching crime shows, as I feel most of them fall into the same cliches when it comes to characters and plot: namely its procedural episodes often feeling repetitive and a lack of interesting themes.

However, I was intrigued by Person of Interest, and binged through it the day it was finally released on Netflix after the release of it’s fourth season. Let me tell you why this show was not just another predictable crime drama.

The show manages to combine a procedural crime drama with post 9/11 surveillance and espionage and a touch of Sci-Fi.The plot focuses on an ex-CIA agent John Reese (Jim Caviezel) who works with a mysterious billionaire hacker named Harold Finch (Michael Emerson) in an attempt to prevent violent crimes from occurring. The pair receives social security numbers of the victim or perpetrator of the crime from an AI. The AI known as The Machine was built by Harold to predict terrorist attacks but is capable of predicting crimes as well and is programed to label the numbers as those relevant to National Security or Irrelevant. The duo works to protect the irrelevants with the help of Fusco (Kevin Chapman) a former dirty cop and Detective Carter(Taraji P. Henson). As the series progresses more characters join the cast including another ex-CIA agent Shaw (Sarah Shahi), a manipulative hacker known as Root, and an adorable guard dog named Bear.

PoI sticks to many aspects of a typical crime drama in its first season, with the exception of working to prevent the crimes with only the SS number of a single person to do so. It often makes use of the classic perceived victim is actually the perpetrator or vice versa but manages to create a number of surprising episodes with it without relying on this too heavily. The second season slowly moves more towards themes of government conspiracy and threats to The Machine and continues to mix the two aspects of the show henceforth.

The topics of surveillance is a prime topic and manages to engage the idea with the show often using the Machine as a viewpoint. Each episode begins with the words “You are being watched.” The show goes much deeper into the questions that come with nationwide surveillance in Season 3 with a group attempting to protect people’s privacy from surveillance, only a few months after the real world PRISM revelation. Despite the Machine acting as a black box and giving only SS numbers, it does highlight a common fear of the loss of privacy and the lack of knowledge you have of the loss. The fourth season shows a more sinister version of the Machine and highlights the terrifying possibility of an unassuming surveillance state.

The Machine is one of the most interesting characters in the show, given how realistically it is portrayed. Most shows that feature AI give it a human form, but the Machine is never shown as anything more than a system of surveillance footage and code with the ability to constantly evolve. The Machine doesn’t even have a voice, forcing it to use snippets of pre-recorded audio, morse code, or text to communicate with its agents. It’s a chilling idea of a real life AI built to analyze and predict and despite its perceived benevolence it is motivated to fulfil its primary objectives.

That’s not to say that the human characters aren’t interesting as the shows acting is excellent. Michael Emerson completely sells his performance as Finch managing to portray the caring yet paranoid character. Taraji P. Henson also bring a strong performance to Carter, who manages to be one of the shows most compelling characters despite lacking any knowledge about The Machine.

The show will air its fifth and final season this spring starting May 3. The first four seasons can be found on Netflix.