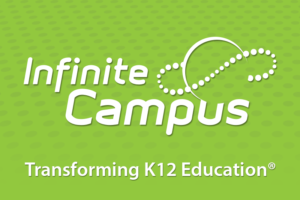 It’s the spring semester — which means it’s already time to start thinking about next year’s classes.

Course selection can be tricky and worrisome for students, even with how easy it is to complete at SLA. For SLA Junior, Mia Concepcion, the importance of senior year course choice is based on colleges’ perception of how rigorous a student’s transcript will appear.

“I’m heavily influenced by needing to fulfill my credits in order to graduate and also wanting to look good for colleges, like taking extra classes that I don’t need so I make a good impression on them,”
Similarly, fellow junior Krystal Cabrera is also influenced by future perceptions of her course choice.  “Especially now in junior year it’s important for me to pick courses that will eventually help me in the future,” says Cabrera. “Course selection this year felt more important to me since it’s the last classes I’ll be taking in high school.”

As if choosing courses that will reflect on your academic year positively isn’t stressful enough, the Philadelphia School District shook things up for both students and teachers this year by implementing a new course selection system. It was designed to be completed through InfiniteCampus for all Philadelphia School District schools as opposed to the google form traditionally used at  SLA.

Math Teacher and Roster Chair Sunil Reddy, who designed the original system, shared his experience with learning and teaching the new system to SLA advisors.

“I was really worried that it was going to be hard for the students to understand even if I were presenting it to them,” he admitted.

Whereas the Google Form process designed by Mr. Reddy was straightforward and the course names matched the descriptions in a logical way, the new Infinite Campus system used the same course names for every PSD school, making it difficult to identify which class was which.

The situation was made worse by the condensed timeline.

“The School District kind of presented it to the roster chairs really quickly and said, ‘The system is going to open for the students in two weeks and it will lock two weeks after that,’” Reddy explained. “So I had to put together a lot of materials the quickest I could to show the advisors so that they could do their best.”

Junior advisor Daniel Symonds had a similar, if not more opinionated, take on the School District’s decision to implement a more complicated system.

“I find it to be a rather tedious exercise that reminds me of the difference between educators, who want students to learn meaningful things, and the School District, who doesn’t understand how paperwork demoralizes kids,” he says.

About his experience walking his advisees through the course selection process this year, he says that “Everyone was crying.”

“Metaphorically crying,” he adds as an afterthought.

It’s become clear that the majority of SLA community members aren’t thrilled about the new InfiniteCampus course selection system. Things are crazy enough here as it is, and routine changes are less than ideal.

As a community, we can only have faith that we will become used to and master the new system. Because if there’s one thing SLA is good at, it’s adapting to change.