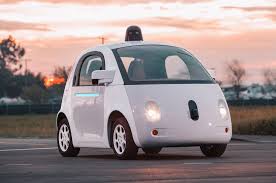 Many high school students are excited for the day they earn their driver’s licence and hit the road to drive far away from their parents. But might that rite of passage become a thing of the past?
Given the recent strides in self-driving cars, it is becoming likely that drivers licences and driving itself could become obsolete. But don’t throw away your driver’s manual just yet–there are many concerns over the lack of control the passengers will have over the vehicle.
The dream of the self-driving car can be traced back to the 1930s, where ideas were planned for freeways to have lanes that worked like train tracks. This would keep the cars moving on a set road until the exit where the driver would retake control of the car. However, this was never implemented due to safety concerns and costs.
Now several companies are beginning to finalise their plans for self driving cars. Google has been testing driverless cars since 2009, with the cars traveling almost two million miles. Meanwhile, Tesla plans to introduce an autopilot system for several of their electric cars, and Uber has began to work with Carnegie Mellon to develop their own autonomous cars. With many more companies planning some form of driverless car, it’s clear that this is likely to become the future of driving.
However, the biggest issue with many of the early concepts of a self driving car was that it could not react to all of the possible situations that would require a human reaction. The most common example is if a child runs out into the street and the car is unable to stop, should the car hit the child or swerve and hit the vehicle next to it.
So, how do SLA students feel about this future of cars that are in charge?
“I am a little afraid of them,” said senior Mitchell Betzen-Stotz. “I feel control is an important aspect of the car and drivers would be able to make better decisions when it comes to situations like this.”
Ethical questions such as this highlight the question that these cars might be controversial due to the lack of control or responsibility the driver has over them. After all, if against all odds a self-driving car hits a pedestrian because of it’s code, the driver can’t be held responsible.
“I understand the need for self driving cars,” says Senior Alex Wroblewski, “but at the same time, I feel that I would prefer to have some control over the car just in case.”
These concerns are natural, but they don’t measure up to the potential benefits. After all, more than 90% of all car accidents are caused by human error. Additionally, the cars are able to identify driver’s patterns that might cause a collision and inform it how to avoid such accidents. Through six years of Google’s test drives, their have been about a dozen minor accidents each of which came from human drivers rather than the autonomous system.
Some students are comfortable with this change. “I think that this new technology would be very helpful” said senior Jordan Meriweather, “It would improve safety a lot and make life a lot simpler.”
While it is yet be seen how these cars will end up being implemented in daily life, it will be interesting to see how people will react to a car that they have no control over other than the destination.