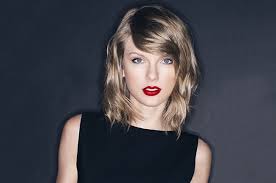 Do you ever wonder what it would be like to be a celebrity?

Although the notion sounds very enticing, it can actually be a lot worse than what most people believe. All of your privacy vanishes, all of the secrets you have are out in the open. One little mistake gets blown out of proportion and thrown into the hands of the media. Imagine getting kicked out of school because you forget to write your name on an assignment. Wouldn’t that be unfair? In the life of a celebrity many things they do have this type of effect.

To make matters worse, many of the juicy stories we read online or in magazines are actually lies.

In 2010 an online news site called Gawker published an article on the percentage of truth telling in tabloids. Maureen O’Connor broke it down for readers. Us Weekly published about only 59% accuracy. Life & Style has 34% accuracy. After some further research it is clear that while most tabloids do post a lot of inaccurate stories, the bigger the magazine the higher percentage of accuracy in their stories is demonstrated.

After reading this it is not hard to believe that Taylor Swift as well as many others have been wrongly accused of certain actions by the media. Swift is not a stranger to tabloids. In fact she has been the cover for many. Mostly these stories like to cover the “huge” amount of relationships Swift has had.

Celebrities are no strangers to these attacks– and the most savvy of them are very good at handling the media.

Taylor Swift’s twitter and instagram account were recently hacked by a user under the name @Lizzard. Later on @Lizzard threatened to release nudes of Swift to the media if a “ransom” was not paid. In response to this Swift tweeted “Have fun photoshopping cause you got NOTHING.” This shows the effects of the magnifying glass that celebrities live under. All of their scandals hit the news and are talked about nation wide.

However, Swift as well as many other celebrities are well trained and have an easy time letting the situation unravel. Taylor Swift made a joke about the hack using her hit song “Shake it Off” She took a verse from the song and changed it to fit the situation by saying “Hackers gonna hack hack hack hack hack.”

If an average person were to get hacked and their “nudes” were threatened to be released a court date would settle the entire matter. The only people to know about it would be the victims family and followers. Society as a whole views celebrities in a different light. They are meant to be the perfect humans that everyone strives to be and no mistakes are allowed.

Actors, singers, politicians, anyone under the umbrella of fame are considered to be role models. So not only do they have to maintain their jobs but they also have to keep in mind the other, more damaging part of their job description. Nothing goes unnoticed by tabloids, reporters, and paparazzi. Celebrities have to be careful in whatever they do. Imagine having to go to the grocery store in a disguise just to have some peace and quiet.

Celebrities should have the right to make the same mistakes that we do. Without needing to fear the media and what the public will see and hear.