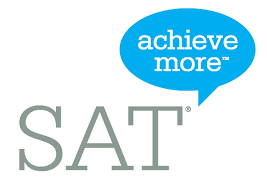 If you want to get through Junior year stress-free, you have to be one of two types of people: a genius or be extremely good at prioritizing and organizing.

Unfortunately, I am neither.

I started this year with one goal: to study for the SATs at least once a week. Not too much to ask, right? Well yes, it was. After taking the PSATs, studying went on the backburner. Soon after that it was benchmark season.

I thought I was doing pretty well, I had an idea of which schools I wanted to apply to. but until December I didn’t look at the requirements. Those of you who have not reached Junior year may not know this, but just taking the SATs is not enough for most schools. I knew this but I just lost so much track of time because I couldn’t take the SATs until March. Instead of taking advantage of that time to take subject exams like Biology and Spanish, I slacked off and am now freaking out over the little amount of time I have left.

Over winter break, I signed up for the Bio subject SATs, now I have a little under 2 weeks to study for this test. Because of this time crunch, I have been the most productive I’ve ever been all year with the SATs. I’m studying almost every day just to finish the book, since I’ve forgotten a lot of the things I learned in freshman and sophomore year. A little tip for those sophomores thinking about taking bio or chem subjects: take them in June at the end of your sophomore year.

Now it’s the end of the second quarter, and benchmark season is upon us once again. But this benchmark season is different. On top of all the other projects I have, I am forced to split my time between school and my future. I have to continue to study and I have to finish these projects to the best of my ability. With only 3 testing months left, I only have time to take my bio subjects and hope they go well, take my SATs in March. Leaving me with June where I will probably retake the SATs.

When thinking about the long term process I realize that I have to get back into it. Study as much as I can and do the best I can with the time I’ve got. The college process requires the students to be the most organized they have ever been. Requires them to plan ahead. Requires them to find a balance between school, their future, and other activities.

I have a whole bunch of SAT prep things sitting on my desk. I look at them every night and think “Tomorrow I will study.”