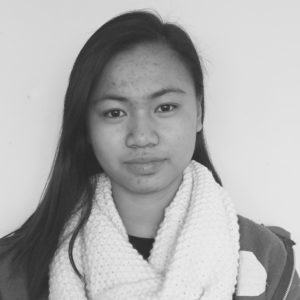 SEPTA: It can be dirty, crowded, and the buses almost never arrive on time. Some call me crazy, but I’ve always loved bus rides. It’s a perfect time for me to stick in my headphones, ignore the world, and stare dramatically out the window.

There are some days in particular when I really look forward to a bus ride, like after running five miles with Students Run.

It was a Thursday, after practice, I checked the bus schedule on my unreliable SEPTA app. It said that the bus should come at 5:30. I had about five minutes left so I just speed walked to the bus stop on 21st and Arch, which is a one way street. I made it to the corner of the street and saw the bus right in front of me. It was a red light, and since I can’t physically walk through the moving cars to get to the bus, I frantically waved to the bus driver.

He turned his head and looked straight at me. We made eye contact. I felt like that was a strong stranger moment… at least until the the light turned green, and the bus driver sped off before I could even step off the sidewalk.

Well, there goes the happy stranger moment. I’m definitely not going to wait another half hour for the bus, so instead, I chased it. Luckily, the cars were not moving because of the traffic so I took that opportunity to tap on the bus’s door.

The bus driver did not open the door.

He probably just had a late reaction I thought. Then, he pointed ahead implying that I should go to the next bus stop. I couldn’t believe it. I just got rejected by the bus driver!

Although, it wasn’t just the bus driver and I. We had an audience. The people on the bus were all watching what was happening and I was debating: should I race the bus to the next stop, or wait another half hour? My pride doesn’t matter at this moment so 1, 2, 3 — I ran at full speed and so did the bus.

I made it to the bus stop earlier than the bus itself, so I even had time to pull out my transpass.

Bitterness was spread throughout my face as I hopped onto the bus to swipe my card. I took a good look at the bus driver and I felt something else. An angry stranger moment. Wait a minute, his face looks familiar. He was my morning bus driver for at least four times!

At that very moment, I felt betrayed and a little disappointed. Some of the people on the bus even laughed at me. Inside, I was envisioning trying out all of the fighting moves I’ve seen in action movies. I had just enough willpower to decide against those tempting thoughts and just calmly walked past all the smirks on their unfamiliar faces.

I haven’t seen this bus driver for a couple of months, but I still can remember his face clearly.  I’m not sure if he remembers me. Even though I haven’t forgotten what happened, if he drives me again, I will let go and put our past behind us and say a cheery good morning. Maybe we can have that happy stranger moment again.