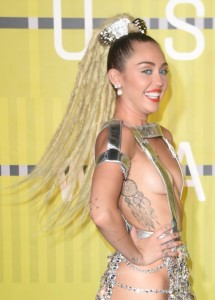 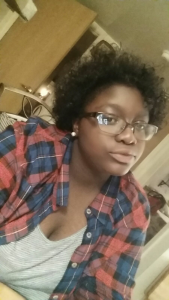 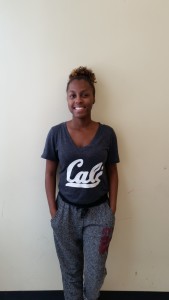 Every single young, African-American young female has had at least one moment in life when they hated their natural hair. Whether the self-hatred roots from media, school, or even their own family; it happens one way or another. At a young age our impressionable minds absorb everything, we are taught that natural hair isn’t beautiful. We are teased, taunted, and ridiculed. But, what happens when our natural hairstyles are worn by another race? They are glorified for being “hip” and “trendy.” Why the difference in attitudes?

Cultural appropriation places everyone in a tricky position. The ones who are appropriated cannot wrap their minds around it due to the incessant abhorrence we’ve endured because of an aspect of our culture. Our culture is only glorified when it is worn by someone else, specifically white people. As for people who are doing the appropriation; some of them ask: why is it big deal? This is America, and we are supposed to embrace different cultures because we’re a melting pot. But, there is a fine line between appreciation and appropriating.

To see how SLA feels on the subject, I spoke to a couple of African American students. I spoke to Sophomore Savannah Manns expressed her problem with white people wearing historically black hair. ¨For dreads, twists and braids specifically; they are protective styles for our hair type. I feel as though whenever black people have or do something creative and makes us individuals; it’s just stripped away from us. We can’t have anything to ourselves; everyone wants to jump on the bandwagon.”

Other students at SLA have a different perspective. Sophomore Joseph Lee does not have a problem with it. ¨It is just hair. It means nothing to me; there’s no significance.”

In September, singer Miley Cyrus decided to ¨rock¨ her faux locs during the VMAs. She constantly used AAVE (African American Vernacular English), called rapper, Snoop Dogg ¨mammy¨ (mention how that’s inappropriate). It is obvious she loves our culture and would like to mimic us. Yet, when singer Nicki Minaj speaks about the racism in award shows, Cyrus  portrays her as being bitter and angry. She dismissed the fact that her whole rant was about the blatant racism in the media. Cyrus decided to silence her and cover up her actual problem. This is a prime example of why black people (women especially) as a whole feel offended when others attempt to make our culture a costume.

It’s not just hair; this is our identity, this is our culture. You can’t pick out the aspects that are appealing to you and then pretend to be oblivious about the struggle that comes with it. If you want to be apart of our culture; take everything that comes with being a black person in America. You have the privilege of putting on a facade for one day or however long your phase is; but we are always going to be black; there’s no escaping that.

Think of it this way: one day in class, you’re assigned to do a paper. You put your heart and soul in it, you believe it’s a remarkable piece and you’re thrilled to share it with your professor. He hates it, he ridicules it; says it’s the worst thing he has ever read. He gives you a failing grade. You’re distraught because you thought it would be a wonderful piece and he would love it. Years later, you find out he took your paper that you worked on; without even any recognition that it was your original piece. He profits off of your paper, people praise him for his innovative thinking and style; whereas a few years before he berated it.

Personally, I would not have a problem with us sharing our culture if we weren’t brainwashed to despise our identity because it did not fit the Eurocentric standards. There would be no problem if white people loved black people as much as they love our culture. It is not fair for young black girls (and boys) have self-hatred drilled into their minds before they even have a chance to realize how beautiful they are. Then, when they grow older they finally do see their features are beautiful to most of the Western Civilization; only if another race acquires it.