The infamous Super Bowl is going to be played on Sunday, and the Carolina Panthers will clash with the Denver Broncos for the right to be called champions. This game showcases both the past and the future  of football in Denver’s Peyton Manning and Carolina’s Cam Newton respectively.

Cam Newton will be playing in his first Super Bowl to Manning’s fourth. Peyton Manning is one for three in his previous appearances, two with the Indianapolis Colts and one with the Broncos. However, the Super Bowl isn’t won on history, the big one is won with good play and favorable matchups. Here are some key matchups that you should look out for.

Greg Olsen has been Cam Newton’s favorite target in his career. Greg Olsen is known for being a matchup nightmare and he could be the difference maker in this game. However, on the other side, the Broncos have the best defense in the league and their ability to make star players out of anyone is remarkable. Brandon Marshall was a 5th round pick for Jacksonville in 2012 who was later cut and signed by Denver. Trevathan was a 6th round pick in 2012 by Denver.

Luke Kuechly has become one of the league’s best players. Kuechly had two interceptions returned to the end zone in the playoffs and don’t be shocked if he pulls one off again. Kuechly makes every play and makes all completes his assignments we’ll. While the Broncos don’t have a true elite runner, they have two very good ones to say the least. C.J. Anderson is known for making plays when they have to be made. Hillman has been more consistent and has seven scores this season. Luke Kuechly will have to play his very best to stop that run attack if the Broncos properly utilize their running back combo.

The Panthers and Broncos boast great talent in the trenches, which means the offensive and defensive lines. Every football fan knows the game is won and lost in the trenches. In 2013, everyone had mock drafts handing the Panthers a defensive tackle. With defensive tackle Dwan Edwards not living up to expectations  they needed talent fast. If it were Lotulelei, Sharrif Floyd, Sheldon Richardson or someone else everyone knew their intentions. So they went all in on spending their first two picks on the position. It has worked out. Lotulelei is a perennial pro bowler and Short was an All-Pro. Kawann Short is known for his ability to pressure on a quarterback from the 4-3 defensive tackle position. For a player like Manning, this is very concerning.

Evan Mathis and Louis Vasquez have both been named all pros before. Mathis, a former Philadelphia Eagle was released by Chip Kelly this past offseason before finding a home in Denver and is still playing at a high level. Vasquez is a top tier guard in all of football in defending the pass and that shouldn’t change sunday. This may be the most important matchup when Denver has the ball.

Cam Newton, the league MVP and poster child has now reached elite status but hasn’t seen any defense like the Broncos this season. The Broncos secondary was number one in yards allowed and many other statistical categories. With five studs in Aqib Talib, Chris Harris Jr, Bradley Roby, Darian Stewart and T.J. Ward, this game will not be easy for Cam.

Cam Newton will have to rely on mismatches the entire game, and many may not come, as it seems Harris Jr. will shadow Ginn Jr. and Talib will shadow the rookie Devin Funchess. Look for his fullback, big man Mike Tolbert to be a checkdown throughout the game. I think the Broncos defense is favored here. 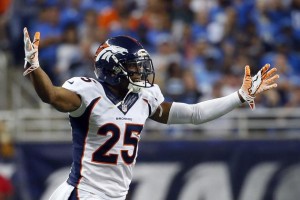 Ted Ginn Jr., former top 10 pick by the Miami Dolphins who has bounced around the league being labeled a notorious draft bust, now he’s slowly begun to rid himself of that name. He had 739 yards receiving in 2016 amongst a new set of faces for Cam Newton to throw to. Chris Harris Jr. is another guy who overcame long odds. Making a team as an undrafted free agent? Chances are slim. Being a starter? Slimmer. Becoming an all pro cornerback? Pretty much him. He has true elite cover skills and has hung with every receiver allowing two touchdowns since the winter of 2013, both to Steelers receiver Antonio Brown. That was his one weak game in over 40 career starts.

This matchup will be won if Ginn can overcome his weakness as an outside threat and beat out Harris. Ted Ginn and Chris Harris can both become champions by defying the doubters and hoisting the glorious Lombardi trophy.

This game will be a great one. I hope. The Super Bowl gets over 100 million viewers and the brand of football never has been more popular. The Panthers and Broncos have an opportunity to be remembered; if they go out and win. People say it’s a Peyton and Newton matchup but this game will be won in the trenches. Whoever protects their side of the field better will win.