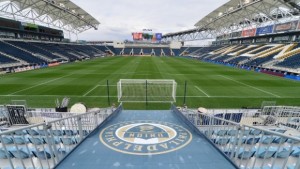 What’s the outlook for the Philadelphia Union? To answer this question, we need to go back to last October.

On October 2, the Union played against the Chicago Fire. The Union came into this game with a (9-10-11, 38 points) record, which was good enough to remain in the playoff race, but remained two points behind the Columbus Crew and Toronto FC, for the fifth and final Eastern Conference playoff spot.

The Fire, entered the game with a (5-8-16, 31 points) record. Chicago was coming off of a tough loss against the Houston Dynamo, where they found themselves on the wrong side of a 2-0 result.

The match between the Fire and Union was scoreless until the 88th minute, when former Union midfielder Amobi Okugo scored the opening goal with a shot from inside the eighteen yard box, with his left foot, to give the Union a 1-0 lead.

The result of the game was all but certain with the Union up a goal on the Fire with only two minutes left in regular time, plus three minutes of extra time. The night took a turn for the worse when Union Goalkeeper Rais M’Bolhi received a back pass from Union defender Maurice Edu, and kicked it right to striker Robert Earnshaw, who then, chipped it over the goalkeeper to end the match in a 1-1 draw.

So, why was this game so important? For one thing, it destroyed any hope of making the playoffs in 2014. But more crucially, it showed the Union’s inability to close out games. All the Union had to do was, not allow the Fire to score with five minutes left in the game, but they were not even able to do that.

Now the question is, what are the Union going to do about this weakness?

Second year manager Jim Curtain has brought in reinforcements for the 2015 campaign by adding new center back Steven Vitória, who was acquired from S.L. Benfica, which plays in “Primera Liga” in Portugal, on a season long loan. Maurice Edu, was permanently transferred to the Union from Stoke City, who play in the Barclays Premier League, after playing the previous season on loan. Vitória, will most likely replace Edu in the starting eleven, so that the defensive midfielder can play in his natural position.

The Union have desperately needed a starting striker, who can play against top MLS (Major League Soccer) defenders so, to solve this outstanding problem, they brought in C. J. Sapong, who played for Sporting Kansas City last year but saw his time on the field diminish because of Dom Dwyer’s breakout year, where he found the back of the net twenty-two times in thirty-three appearances.

The Union did not stop there. While the team trained in Clearwater, Florida for the upcoming season, Venezuelan striker Fernando Aristeguieta was acquired on a season long loan from FC Nantes, a soccer club from France.

Hopefully, these transactions will help the Union make the playoffs for the second time in franchise history, which is in it’s sixth season.