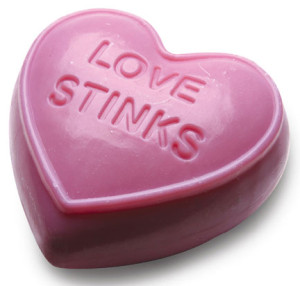 It’s Valentine’s Day and it always brings with it chocolates, flowers, and bitter feelings. I, for one, definitely do not have a soft spot in my heart for February 14th. Valentine’s Day has never brought me a romantic surprise from a loved one or a secret admirer. In fact, all I usually get out of it is a cheesy Hallmark card from my mom about how I’m such a lovable daughter.

When I was young, I used to think Valentine’s Day was a magical holiday in which people grew mutual feelings for each other at the snap of cupid’s bow. Once, in fourth grade, I thought it’d be a good idea to send my schoolyard crush a valentine from a “secret admirer.” Every year, our school organized a valentine’s sale and sold lollipops with little slips of paper attached with a friendly note written on it. I, in the magical spirit of Valentine’s Day, bought one of these valentines and slipped it into my crush’s school bag when no one was looking. Regardless to say, as 9 year olds, nothing ever came of my romantic gesture. In fact, he was more creeped out than anything.

A number of people take the 14th as a “you day,” myself included, and treat themselves. We splurge on that overpriced Ben & Jerry’s Cinnamon Bun ice cream and have a Netflix marathon. When watching movies like The Notebook, The Vow, When Harry Met Sally, and Crazy Stupid Love it’s almost like we’re purposely making ourselves upset.

Single people tend to view Valentine’s Day as a bitter reminder of their relationship status. When you take the religious origins of Valentine’s day into consideration, this really doesn’t make much sense. Valentine’s Day originated as the feast day of Saint Valentine whom of which had nothing to do with 7 dollar Acme bouquets or Godiva chocolates. He was a martyr and was dubbed the patron saint of couples, lovers, love, happy marriages, and beekeepers. So this 14th stay true to the spirit Saint Valentine and buy your sweetheart a beehive.

Simply stated, our self worth isn’t measured by our relationship status on Valentine’s Day. I’ll admit, it’s depressing when you’re walking home from school on Valentine’s Day and you pass 7 couples who you wish would just get a room. However, single people will make it out of this alive. The advice I give would be to hunker down in your house with pajamas and hershey kisses, waiting for the storm to pass. So be bitter this Valentine’s Day. Be lonely, be angry and by all means, complain. You deserve it. Just remember, at the end of the day, it’s you and only you any day of the year. The only thing that you should be concerned with is your own happiness, which doesn’t depend on a relationship.