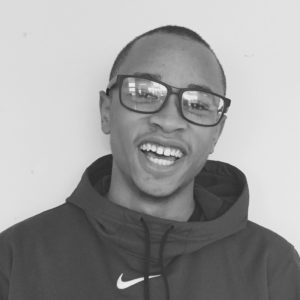 Have you noticed the disrespect that have been going around our country? These days, It’s your fault.

“The Hispanics,” “the Muslims” and “the blacks.” You continue to use these phrases in your speeches.

Why does this language offend me? You continue to use “the” before addressing us as if we were objects, but in reality we are human beings that have been oppressed multiple times by the systems of our country. It may not seem like a big deal for you, but it’s definitely a big deal for me and my brothers and sisters.

You disrespect people that have nothing to do with you, that have never asked for your attention. You continue to help people find reasons to oppress minorities. You have disappointed the Black Community, and  you have has been disrespectful to almost every minority group in our Country. As an African American male, I am disappointed that this country has allowed a bigot to become a frontrunner for President of These United States.

During last Wednesday’s debate, you continued to say the African Americans and The Hispanics. But during his closing statement he hit home for urban city residents and in the past hit home for residents directly in Philadelphia.

“I know the city so well, because I went to college here, but it’s very sad to see what’s going on inside Philadelphia,” he said. “It’s gotten so much worse than when I was going. It’s dangerous; the crime numbers are up. Your mayor is doing a terrible job.”

During Mr. Trump’s time as a student at the University of Pennsylvania in the 1960’s, Philadelphia was a much different place. But the changes have nothing to do with our most recent mayor. Mr. Trump, why do you continue to one target urban communities and minorities in your speeches? Why do you tell us we are living in hell? What do you hope to gain from these attacks?

At this point, it doesn’t look like you have any chance of winning, anyway. But I promise you something — if you win, I will never address you as President of The United States. You have disrespected the American people in a way that makes you unqualified for the job.