The original slam, scheduled for February,  got postponed multiple times due to weather and half days.

The problem with the planned showcase earlier in the year was the lack of poems the club had prepared, and a lack of a steady amount of people. Now, there are a lot of pieces ready and more to come, in preparation for the PYPM slam league finals.

Some of these poems were performed for the first time at the showcase for future slams, others had already been performed at competitions. Sophomore Kimberly Gucciardi-Kriegh was able to give information about some of the pieces.

“We are going to be competing in the PYPM finals, and all of the poems we’re going to be putting up for finals, are also going to be in the showcase. We get to test out these poems on a real audience and see what they react to and what they like.”

With the news of there being a newly planned poetry showcase, it excited those who did not get the chance to go last year or in February. One of those students was Sophomore Miguel Rivera. He explained how this one is at a more convenient time of the year, and how excited he is to see his friends perform.

“I really like poems, and my best friend Kimberly is going to be there, so I have to support her. I went last year and it was interesting.”

The hosts of this year’s event were sophomores Afi Koffi, Jowon Dorbor, and Nzinga Bey, along with Kyianna Thomas as the DJ. Afi and Jowon themselves opened up the show with their “Finesse Poem,” explaining the works of Snapchat and capturing the perfect selfie to send to your streaks.

There were multiple poems performed by students of all grades, speaking on topics like politics to using cats and mice as metaphors. Mr. Kay himself closed the event by performing a heart-wrenching short piece about his trip to Cambodia.

The money that was raised at the showcase will go towards a trip that the Poetry Club will take together.

After a rocky start to the season, the SLA poetry club has improved as a whole since February, and the showcase has the team ready for their appearance in the finals. 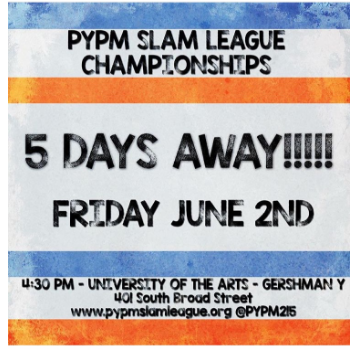