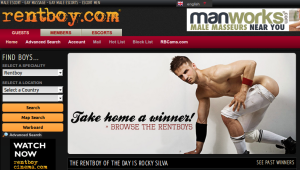 Like smoking, drinking and gambling, it seems as if we as a society cannot come to a clear consensus upon our vices, for better or worse. Among the most controversial topics even among the most liberal is prostitution, an industry so laced with negativity that its very name brings thoughts of crime and scandal. However, is every form of prostitution necessarily bad?

For the sake of this discussion, allow me to clarify: I am not at all referring to forced prostitution, in which unconsenting men, women and even children are forced into a life that they didn’t seek by an cruel and human force. I am talking about the adult men and women who have, for the most part, willingly chosen to go into the sex industry for whatever reason concerns the individual: maybe they enjoyed it, wanted it, acting didn’t work out and it was a secondary form of making money whatever it was, they are in it. Now these men and women face the dilemma that their industry and the ways it is promoted are illegal.

First there’s the question: who does voluntary prostitution harm?  On the website procon.org in a section about the issue of legalizing prostitution or not,  Cronell law professor  Sherry F. Colby’s (JD, or Juris doctor) paper he wrote: ““Prostitution should not be a crime. Prostitutes are not committing an inherently harmful act. While the spread of disease and other detriments are possible in the practice of prostitution, criminalization is a sure way of exacerbating rather than addressing such effects. We saw this quite clearly in the time of alcohol prohibition in this country.” With prohibition: the illegilization of alcohol led to various crime and violence. Today, while alcohol is legal, there are still legal protections and laws regarding it, like most things, to prevent abuse. This is what should happen here with prostitution: laws and protections would prevent the spread of diseases and abuses.

Second question: What does more damage to a person’s life: working as a prostitute, or being busted for it?  I was inspired to explore this topic after a raid by the NYPD on the offices of a gay sex worker website called “rentboy.com.” The NYPD  arrested 6 employees and seized millions of dollars in assets.

Third question: Was this raid necessary? The Young turks, a series of online liberal based news videos, reported that these 6 were arrested on only a suspicion that they were selecting prostitution, they also noted the inessentialness of going after “gay people who are prostituting themselves” when “there’s a mass shooting everyday in America”.  And criticized the department of homeland security for exercising “civil forfeiture” in the segment of the company’s moneys and the employees homes and property, calling it a “bullshit investigation that don’t keep any of us safe, and just meddling in the personal life of other people”. Additionally a male escort interviewed said the site offered “protection” for male escorts in comparision to others like Craigslist, and the site even had a 1,500 scholarship for escorts advertising on the website.

When I was researching this article, I honestly didn’t know what to expect. But now reading and watching the coverage of the Rentboy case,  I strongly believe it is time to legalize prostitution in the United States. In areas, like Germany and New Zealand who have legalized it, it was found that  prostitutes experienced less violence including rape and physical harm (presumably now that they had the option to  go to the police, and some brothels even have a panic button in rooms) and it cuts down on trafficking. The benefits to the United States would be substantial.

My position may sound extreme, but I’m not the only one who believes this. Many, many reputable organizations from the World Health Organization to UN Women, The Global Commission for HIV and the Law, Human Rights Watch, Global Alliance Against Trafficking in Women, Transgender law center, GLAD, National Center for Trans Equality, Anti Slavery International, and more all support decriminalization. Even a self proclaimed “conservative catholic” on Red State.com wrote “I am opposed to laws criminalizing prostitution. These laws have done little to nothing to reduce the number of people in the sex trade but they have made prostitutes vulnerable to coercion and abuse by criminals and, more importantly, by law enforcement.” And frankly regardless of whether or not prostitution remains illegal or not; it will continue. But at least if it is legal then there can be laws made and protections insured  that allow for a much safer and productive society than persecuting those that harm, quite literally no one, can ever do.

If you’re interested in learning more about the Rentboy case and other reasons behind the legalization of Prostitution, here are a few links providing background information: