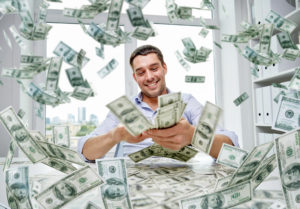 How important is saving money?

For most teenagers, saving money is easy, but some teens still long to purchase things that aren’t always in their budget range.

Students at Science Leadership Academy report a range of experiences with saving money. Some of them say they’re no good.

“It’s hard for me to save because if I see something I like most likely I’ll buy it,” said Sophomore Justin Stewart.  Senior Kobe Nabried has a similar pessimistic sense about his ability to save. “I’m not good at saving and never have been. ” he said.

Other students report having an easy time saving their money.

“Yes, I only use a certain amount of money weekly, and I’ve been doing so since sixth grade,” said Junior Malachi Johnson. Junior Christian McCormack has a different way of saving, he stated “Yes I’m good at saving money, I keep it in my book.” Someone who can relate to that is Senior Cassandra Northrope who said “Yes, I put money in my bank and have been saving college funds since I was really young.”

However, saving money isn’t just about the cool new thing you want to buy. Your attitude towards saving money will have an influence on your income, salary, occupation, and future goals.

Saving money can be a challenge though as one gets more independent and less reliant on others, a.k.a your parents. College Counselor Karina Hirshfield can relate as she states “I always try to save, but it’s not always easy because cost of living is so high (mortgage, utilities, food, children, etc.) and sometimes unexpected things come up.”

The thought of the cost of living can be solved by simply saving less, just because you make $300 every two weeks doesn’t mean you have to save $150. Save what you can, it’ll add up in the long run.

Saving money does not mean that you have to be frugal. You can spend your income provided you pay yourself and save first. By putting a percentage of what you earn in savings you will continuously have money. It doesn’t necessarily mean that one needs to have a steady income, it just means that when one has access to money an amount should be stored away.

Saving money gives protection for unexpected circumstances. If you lose your job at least you have money to sustain your needs until you obtain a new one.

So why do teachers choose to save?

For Hirschfield, the reasons are in the future. “I’d like to accomplish certain goals such as paying for my children’s education and also having enough money for retirement.”

English teacher Larissa Pahomov is also thinking about the long term.  “I don’t have a lot of faith that my investment and pension will actually be there for me when I retire… but I still save, because I also don’t think it’s very important to spend money when you have it. As long as you can pay for the basics, that’s enough.”

Saving money has multiple ways of doing so. Both Hirshfield and Pahomov save money through a pension plan but that isn’t the only way. However you choose to save your money is the best way for you, as long as it works. Every penny counts and it’ll all add up.