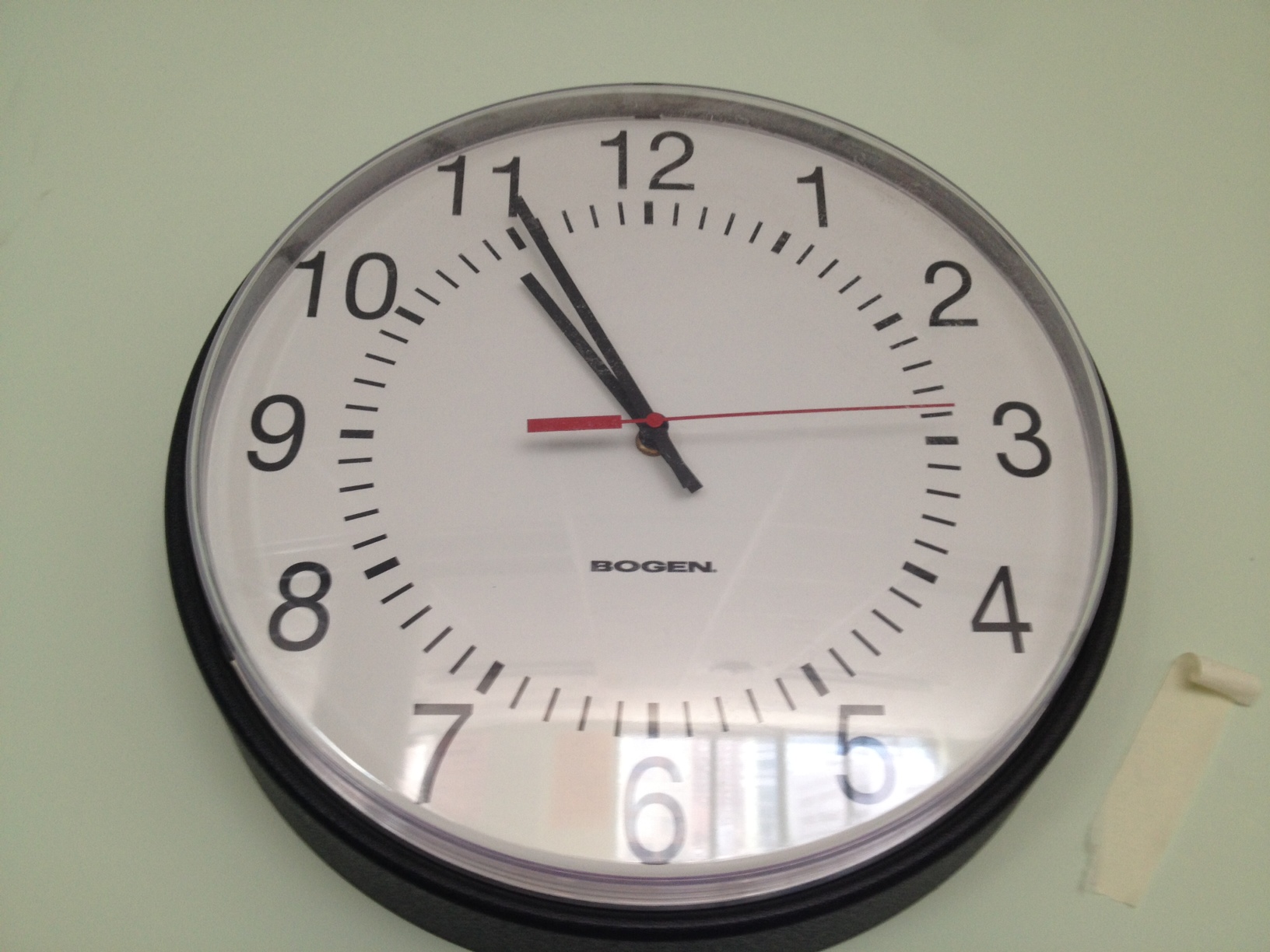 Last Tuesday March 12, many students were marked late due to the ID scanner being flipped according to SLA Time. Normally, this wouldn’t be troublesome, but SLA Time has not been itself recently.

After Daylight Savings Time began on Monday the 11th, the clocks were just one hour behind. After that was “fixed” on Tuesday the clocks were set to normal time, so the 5 minute buffer was forgotten by mistake.

Senior Heather Campbell said,“To be honest I didn’t even notice that anything had changed.” Unconcerned, she usually gets to school around 8ish.

Rumors swirling include that Science Teacher Matt VanKouwenberg changed the clocks because of his tendency to be late.

An even better one was the the Superintendent Dr. Hite visited and told us that is was illegal to have the clocks set 5 minutes later than normal time, as per SLA Time.

None of that is true and in reality, around midweek, IT people from the District did visit SLA, but on a completely unrelated problem. However, the door to the room with the clock controls was shut behind them. The sole key was with Principal Lehmann in Prague where he was speaking at a conference

Attempting to get things back to normal, the clocks were then set 5 minutes slower than normal time really throwing everyone off.

The time warp has caused a bit of difficulty for students and teachers. Students who are used to regularly walking into class right in the nick of time were late which caused a disruption. Those that normally arrive early are now almost late.

Though teachers at SLA are a bit more flexible than teachers at other schools, no one is happy about students coming late to class. Because SLA doesn’t have a bell that sounds at the end of a period, the unique schedule relies solely on SLA Time.

For the majority of the week, the clocks stood 5 minutes earlier than regular time and people were beginning to adjust.

On Thursday the clocks were reset to the classic SLA Time.

“Even I was a little bit late to class, I just keep expecting it to be fixed.” English Teacher Larissa Pahomov said.