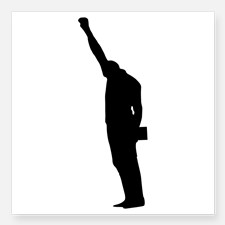 In the winter of this year, SLA got a new club: The Black Student Union.

The club has frequently been advertised in the advisory memo as having lots of meetings, which has generated a lot of attention among students, and a lot of confusion as well.

“The black student union hopes to accomplish an inclusive community that prioritizes taking care of each other,” Tweh explained when asked what the purpose of the club was.

I hope it will be a place where we have speakers come in and talk to the group either educating them on an issue we chose to focus on or simply speaking to us about whatever their expertise is, be it: Black History, activism, telling their stories, as well providing suggestions and opportunities. Which leads to the other hope that this will be a community that is constantly providing opportunities for those within the BSU, that they may not otherwise have access to or time to seek out themselves.

“We hope this will be a space for people to increasingly become more comfortable in who they are and loving where they come from, in other words, we will constantly be encouraging people to practice self-love. We hope that every year from now on Black History Month will be celebrated at SLA in a meaningful, well thought out way. And that it will be a safe space in the school where people can speak about how different issues are impacting them in and outside of school. As well just a great space to enjoy ourselves, listen to music and eat,” said Tweh when asked the purpose of the Black Student Union.

Tweh’s initial issue was with SLA’s curriculum for not including anything special for Black History Month. She then spoke to Mr. Kay who told her that “Instead of going to the principle and complaining, you should do something about it.” Kay suggested either starting Black Student Union or founding a committee for Black History Month. Tweh chose the first option.

“I know nothing about the BSU, except that it exists” said Senior Colin Pierce, who is caucasian, when asked what he knows about the BSU. From being an advisor and mentioning the BSU multiple times while reading the advisory memo English/Journalism teacher Larissa Pahomov has noticed a ton of confusion first hand surrounding the BSU.

This is SLA’s first Black Student Union, but the world’s first BSU originated in San Francisco State University some time in the 1960s. The concept isn’t completely new, but it was definitely new to some students at SLA. Some students know barely anything about the BSU while some know more than others.

A factor that plays into the confusion is the fact that SLA already has a student union — a chapter of the Philadelphia Student Union, which seeks to take political action but is not connected with any particular racial or ethnic identity.

Tweh clarified that the club does not prohibit non-Black students from joining.

Most BSU meetings  contain a majority of African American population but African Americans aren’t the only race included. “In our meetings there has been a latino, caucasian, and middle eastern presence, ” Tweh explained.

“Being an exclusive group was not the vision, there are other black student unions around the country and I doubt that there’s one that doesn’t have a presence of other races,” Tweh remarked. Students of any race are welcome to join the black student union with the notion of it being more focused towards African-American issues and culture.

“We appreciate different cultures, and it’s really a safe place for everyone,” said Tweh.