The Philadelphia 76ers have had one of the worst seasons in the history of sports let alone basketball. The sad part, they still had a better record than the Milwaukee Bucks. The entire bad season was an effort by the Sixers organization to get the first pick in the NBA draft since they did not feel they could contend for the title this year. Thanks to the lottery process where the worst 14 teams draw ping pong balls to see who gets what pick. The Sixers ended up with the third pick in the draft. This can be looked at as good, since their are three top prospects in this draft, or bad since the Sixers wanted their choice of the three, and based on their record and the rules of the lottery the Sixers could have gotten the fourth pick as the worst case scenario, getting the third is not much better.

Whatever you want to say about it, the fact of the matter is that the 76ers have the third pick in the draft. This means that they get whoever is left out of the top three prospects in the draft. The three options are as follows: 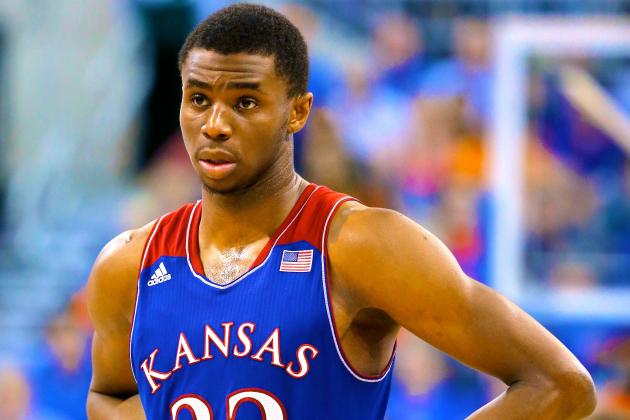 Andrew Wiggins is the best prospect in the draft in my opinion. He has the complete package, he is a very raw specimen, but he is very complete. What I mean by this is that Wiggins, when he sets his mind to it, is unstoppable. He can score any which way, and he is unbelievably skilled on defense. His 44” max vertical is unparalleled, he has very quick feet and his very fast. At the same time he is very raw, he can get shut down early and then when he is frustrated he is shut down the rest of the game. He needs to be developed, it might take some time, but if a team is willing to wait a year or two for him, they will be very happy with their investment. Wiggins has a high ceiling.

Joel Embiid is the most fascinating prospect in the draft. You know how I said that Wiggins is raw but has a high ceiling, take the image of Wiggins I described and multiply it by two. Embiid a Cameroonian (Africa) prospect, just starting playing basketball in 2010, having been a volleyball player before that. He is already one of if not the top prospect in the draft. Embiid has outstanding defensive capabilities, and is a highly productive scorer for a big man. He can even hit three pointers if he wants to. The issue with Embiid is that he missed the end of the season with a back injury and now teams are worried that it will become a recurring issue.

Jabari Parker is very different from the other two top prospects. Jabari is the best offensive weapon of the three, he can score better than the other two top prospects. The other plus about Parker, is that he is the most NBA ready prospect of the three. His ceiling isn’t as high, but if a team is looking for an immediate impact player, Parker is their guy. The downside to Parker is that he is extremely weak on defense. He has clumsy feet when guarding the outside and is too small to guard the inside.

So who are the 76ers going to get? It’s hard to find out because they get whoever is left of the three, so lets narrow it down.

1) Not Andrew Wiggins. The sad truth is that I find it very hard to believe both the Cleveland Cavaliers (1st Pick) and the Milwaukee Bucks (2nd Pick) pass on his upside.

2) Both the Bucks and Cavaliers need a center, but are scared of injuries. This means that they both want Embiid, but only if he passes the physicals that the team gives him. So if he passes and the word gets out look him to be taken, if he doesn’t pass look for him to not get drafted.

3) Both teams could use Jabari Parker, which means that if their is even the smallest question with Embiid, they will not hesitate to take Parker.

We have learned that if Embiid is even the slightest bit hurt, he will be a 76er (barring a surprise visit from a lesser prospect). If Joel Embiid is healthy I predict Jabari Parker to be a 76er.